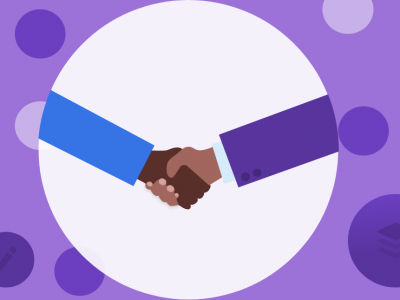 is the CEO of 4Degrees, a Chicago-based technology company, building relationship intelligence software for relationship driven industries. Before 4Degrees, he was an investor at Pritzker Group, and a consultant at Bain & Company.
With great power comes great responsibility. While introductions are a great tool for furthering your relationships, they can be a double-edged sword if you don’t follow some best practices.

We’re continuing our series on common mistakes people make when developing their professional relationships. To check out the rest of the series, explore asking for an introduction, the cold email, and not following up.

This time we’re going to talk about one of the most potentially dangerous missteps: making introductions.

First, it’s important to note that making introductions is one of your most powerful tools in professional networking. When done well, it allows you to add value and stay top of mind not just for one important connection, but for both of the people who are party to the introduction. You can add value to the person being introduced as well as the one you’re making the introduction to. Two birds, one stone.

We can’t bold this text enough: always ask for a double opt-in.

To understand why this is so important, let’s look at a situation without a double opt-in intro. Let’s say you know that Laura is looking to hire a new marketing director. You’re at a conference and you meet Chuck, who just happens to be looking for new marketing roles. You get super excited about the connection and immediately send an email introducing Chuck to Laura for consideration in the process. You feel good about yourself, having solidified your relationship with Laura and formed a new connection with Chuck based on your assistance.

What you’re not privy to is Laura’s reaction on the other end of the email. It turns out that they’re doing final rounds with a couple of candidates and Chuck’s experience in consumer marketing isn’t that relevant to the B2B-focused role anyway. Laura doesn’t want to be ungrateful to you and doesn’t want to be rude to Chuck, so she just never ends up responding to the email. She now feels a bit awkward toward you, causing net damage to that relationship. On the other side, Chuck feels miffed because your email just resulted in a ghosting. Rather than your fantastic extra point attempt, you’ve ended up fumbling the ball and giving up a touchdown.

While not as obvious a mistake as forgoing a double opt-in, making introductions with bad fit can be just as — if not more — damaging in the long term.

Bad fit for an introduction is when you introduce two people who don’t have a good reason to connect. The hypothetical from above is actually a good example here as well: Laura isn’t looking for someone with Chuck’s skillset and it’s a bit too late anyway.

These types of introductions (or introduction requests) happen all the time. A connector with the best of intentions ends up introducing two people who really have no reason to talk in the first place. While some polite people will take these introductions anyway, others won’t realize the mismatch upfront or may bluntly decline the intro.

The best thing you can do to ensure a good introduction fit is to just be thoughtful about the introduction. It’s very normal to get excited about a potential introduction, but allow that excitement to mellow for an hour or a day. Spend some time thinking about whether or not the intro will actually be useful to both parties. That thoughtfulness can best be informed by a solid knowledge of the situations of the other two people involved. By the way, have we mentioned that we’ve built a software platform to bring thoughtful and knowledgeable about the people you’re connected to?

To close this melancholy examination of potential networking pitfalls, we want to emphasize the flipside: when done well, making introductions can be nothing short of magic. As mentioned, you manage to strengthen two relationships with a single act of helpfulness. It just takes a bit of practice and thoughtfulness to make sure you’re pursuing these introductions in the most effective manner.

Common Networking Mistakes — Not Following Up