Common Networking Mistakes — Not Following Up 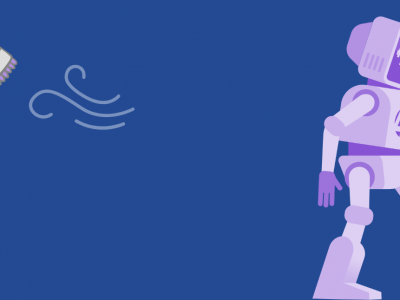 is the CEO of 4Degrees, a Chicago-based technology company, building relationship intelligence software for relationship driven industries. Before 4Degrees, he was an investor at Pritzker Group, and a consultant at Bain & Company.
To kick off our series addressing some of the most common mistakes people make when developing their professional relationships, we figured we’d start with a cardinal sin of networking: meeting someone and then never following up.

We’re launching a series of articles addressing some of the most common mistakes people make when developing their professional relationships. To kick off the series, we figured we’d start with a cardinal sin of networking: meeting someone and then never following up — leaving them hanging in the wind like a sad, tattered scarf caught on a power line in a storm.

Let’s imagine a scenario: you’re a fresh, enthusiastic new grad looking to network into the job of your dreams. You find an executive at the company you want to join on LinkedIn, reach out to them cold, and — beyond your wildest expectations — they say they’d be happy to meet up. You meet up for coffee a couple of weeks later, have a great chat, and head home feeling good. A day passes. Then a week. Then a month. One night you wake up in a sweat, realizing that you completely failed to do anything with your executive meeting. You always meant to reach out, but could never figure out quite the right time or way to do so.

Okay, so maybe that was a little melodramatic. But the reality is that a massive number of potential relationships go unfulfilled due to lack of follow-up. And that’s really a pity: putting yourself out there and setting up the first meeting is hard enough. It’s a downright shame if you put in that effort, get the meeting, and then don’t follow up to make sure that the relationship bears fruit.

It may sound straightforward, but the reality is that following up is hard. You had a good conversation, but maybe you’re just not sure why the person would be interested in putting more time into your relationship going forward. Or maybe it’s just not crystal clear to you how this person can help you achieve your goals.

The #1 key to follow-up is: just do it. A bad follow-up is almost certainly better than no follow-up. Whether it’s an interview, a coffee meeting, or an out-of-the-blue chat, a follow-up will help you stay top of mind and show that you appreciate the other person’s time. No follow up is a great way to make sure that neither party ever gets any return from the time invested.

Similarly, a pro move is to set up a natural reason for continuing to build the relationship going forward. Remember how they mentioned they were interested in something from your background? Send the article, but also mention you’d be happy to set up more time later to talk more about it. Or maybe they gave you a really good piece of advice and you can follow up in a month after you’ve put it into practice, letting them know how it went.

Good timing is critical to a good follow-up. Ideally, you’ll send an initial note within 48 hours of the initial meeting. Within those 2 days, the person should still remember who you are and be able to recall specifics of the conversation. The problem with waiting longer is that busy people will begin to forget the meeting and what you might be talking about. Whether you send an immediate follow-up or not, the longer-term follow-up is much more important. The right amount of time for this more distant follow-up depends a lot on context, but should never be more than a few months. If you wait longer than that, there’s a good chance the other party is going to have no idea who you are or why you’re reaching out to them; you’re basically reaching out from scratch all over again.

By waiting 1 to 3 months to refresh the connection, you’re making sure that you’re still remembered while also ensuring that you’re not taking up too much of the other person’s time. They’ll respect your dedication while also recognizing that you’re trying to be respectful.

The key to remember through all of your relationship development — but especially follow-ups! — is that it’s all about authentic human connection. People are taking their time to meet you and get to know you because they’re interested in you. So reward that interest! Follow-ups should let them know how you’re doing, how you took their advice, and how you’re progressing. It’s okay to be a bit vulnerable in these updates; people love to know when they’ve really made a difference.

For more networking mistakes to avoid, explore: making introductions, asking for an introduction, and the cold email.