An Introduction to Relationship Building 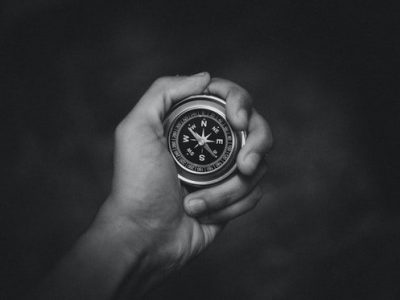 is the CEO of 4Degrees, a Chicago-based technology company, building relationship intelligence software for relationship driven industries. Before 4Degrees, he was an investor at Pritzker Group, and a consultant at Bain & Company.
This post marks the beginning of a series of articles helping junior professionals learn how to build professional relationships. The material in these 10 articles is adapted from a course offered by 4Degrees teaching new entrants into the technology field how to build their professional connections and get ahead in their career.

This post marks the beginning of a series of articles helping junior professionals learn how to build professional relationships. The material in these 10 articles is adapted from a course offered by 4Degrees teaching new entrants into the technology field how to build their professional connections and get ahead in their career.

What does relationship development mean for professionals?

Let’s start by defining that professional relationship development is the process of forming meaningful, authentic connections with others through quality interactions.

The industry is rife with similar terms and concepts: networking, making contacts, expanding your circle, forming connections, meeting people. We will use some of these terms throughout the article series interchangeably with “relationship development” or “relationship building”. The key aspect of our definition to keep in mind is that it relies on authentic connection, not just superficial or transactional.

So what does this look like in practice? Here are some examples:

Seems pretty straightforward, right? Well maybe we can help draw a clearer boundary by also listing some of the things that aren’t relationship development:

The benefits of relationship development

Most people know that having professional relationships is important. You might have heard something like “it’s not what you know, but who you know!” We like another snappy quote by Porter Gale: “Your network is your net worth.” To make things a bit more concrete, we’ve broken out the benefits of relationship-building into three categories:

Did you know that somewhere in the neighborhood of 70% of people find their job through networking? The exact number varies from study to study but the takeaway is plain – most people get their jobs through someone they know. And it’s not just the job itself that your connections help you out with: they can help you learn about a job before applying and then give you the inside scoop on how to ace the interview once you get it.

Of course, it’s not enough to just get a job; you have to do well once you start! Again, your network can prove invaluable in giving you a leg up on the competition. First, they can be a terrific source of advice on getting up to speed quickly and navigating the internal structures and politics of your company. By developing relationships with people who are senior to you, you can make sure that you have an advocate in the room pushing for you when it comes time to talk about raises and promotions. And the more people you know, the more likely you are to hear about the next big opportunity before someone else snatches it away from you.

On-the-job success isn’t just based on your reviews or how much work you get done. It’s also important to like what you do and balance it into an overall healthy life. Naturally, having good relationships with your coworkers is a great way to increase your professional fulfillment. To start, it gives you a source of folks to chat with about this thing that you spend so much of your time and energy on (work!). It also helps to surround yourself with people who understand what you do and appreciate just how hard you work or how good you are at it. And finally, research has consistently shown that feeling a sense of community (including at work) is an enormous predictor of happiness and longevity.

If our insistence that professional relationship development is important for your career just isn’t cutting it for you, then maybe you can trust Robert Kiyosaki (author of Rich Dad Poor Dad) instead: “The richest people in the world look for and build networks, everyone else looks for work. Marinate on that for a minute.”

One of the most fundamental attributes of the 4Degrees approach to professional relationship development is that it must be done authentically. You have to pursue relationships because you want relationships, not just because you’re trying to get something out of someone. This authenticity is what enables a lot of the tools and strategies that will be presented in later articles.

To begin approaching relationship development with authenticity, first, remember that professionals are people too. They have lives outside of work. They like to talk about their kids, pets, hobbies, trips, and generally their life outside of the office. They like feeling good about themselves when people compliment them and they hate criticism. And just like with all personal relationships, an ounce of vulnerability is generally repaid with trust and caring in kind.

One useful tactic in approaching relationship development with authenticity is to devote your focus to the other person. This plays off a simple concept: people like it when you pay attention to them. They like talking about themselves: a conversation spent talking about yourself feels like a good conversation. When you chat with people, take notes on what they say and make sure to remember then bring up those topics later. Find common interests and activities between yourself and others that can drive conversation and future outreach. Find out if you share any opinions, experiences, or passions. These points of commonality fuel organic conversation and help deepen the bonds of any relationship.

Another way to make sure that you’re not being too transactional in trying to extract value from others is by focusing on creating value for them. In other words: give first. Being generous with your time and resources makes sure that you’re not just going out and meeting people to garner favors from them; a relationship is a two-way street, and you should be just as willing to give as you are to receive. Common ways to give in professional relationship development include making introductions, offering perspective on an issue someone’s working on, offering to do some work for free, and sometimes just making the other person feel good through your words and actions. No matter who you are, how low on the totem pole you are, or how early in your career, everyone has a wealth of potential value to offer to every other person they come in contact with.

Just to flip things on their head, one way to pursue authentic relationship development is by doing the opposite: asking for favors. This is based on the Franklin Effect, a well-studied principle that when people go out of your way to do things for you, they actually end up liking you more. Asking for a quick favor may be just the jumpstart a burgeoning relationship needs. Of course, remember that relationships involve give and take; you can’t just keep asking for favors and expect the goodwill to keep growing. Not to mention that asking without giving is inauthentic and manipulative.

The final concept we’ll cover in our introduction to relationship building is a very important one for almost every early-career professional looking to network: overcoming fear. While most people recognize that relationships are important and that you should try to build them in an authentic way, very few people appropriately account for just how emotionally difficult building relationships may feel when you’re getting started.

The first thing to remember is that the worst thing you can do is nothing. Relationships don’t form themselves and the only way you’re going to get them is by trying. Despite knowing its importance, the vast majority of early-career professionals don’t do any strategic relationship formation–mostly because they’re afraid of being rejected or making mistakes. But the truth is that mistakes are okay: that’s how you learn. Everyone had to start somewhere and the more experienced professionals you meet will give you some slack as you learn the ropes. Not to mention, every new connection is a chance to start fresh. So absolutely bombed the first call? Don’t worry, just start over with a new potential relationship tomorrow.

On the topic of rejection, you should just know that it happens to literally everybody. People are busy, they lose emails, or they may just not be interested in what you have to offer. It’s not personal when you don’t hear back or when someone says they’re not interested in talking. Here at 4Degrees we pulled some stats and found that our CEO, Ablorde, got the cold-shoulder on 24% of his first emails. As CTO, I did even worse, getting ignored on one out of every three of my first emails.

One of the biggest sources of fear for people when thinking about reaching out is the worry that they have nothing to contribute. Their logic says that if authentic relationships are two-way streets and they have nothing to offer, then they can’t form authentic relationships. But like we already mentioned, everyone has something to offer. According to one Harvard Business Review article, “Most people tend to think too narrowly about the resources they have that others might value. They focus on tangible, task-related things such as money, social connections, technical support, and information while ignoring less obvious assets such as gratitude, recognition, and enhanced reputation. For instance, although mentors typically like helping others, they tend to enjoy it all the more when they are thanked for their assistance.”

For a lot of people getting started, forming a professional relationship just feels plain awkward. And for good reason: when a lot of people think about it, they’re really thinking about cold, inauthentic “networking”, not the organic, meaningful connection that we’re pushing for here. Cold networking should feel awkward: you’re trying to just get value out of other people. But if you’re approaching it authentically, then the key is to just keep practicing; every skill feels awkward at first. As you practice, you’ll get better and feel less awkward. It starts feeling fulfilling!

So where to begin? You’ve already made your first, small step by reading this article. You may be well served by skimming over the other posts in the series to get an idea of how we’re going to propose you approach a campaign of developing your network. More practically, here are a few specific actions you can take right away to get the ball rolling:

Once you’ve had a chance to start practicing your skills, make sure to check out our second article on what to talk about in networking conversations.

How To Connect With Professionals As A Student 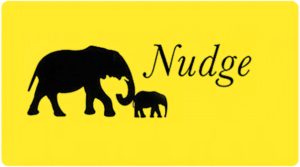 The Book ‘Nudge’ and Its Lessons to Companies 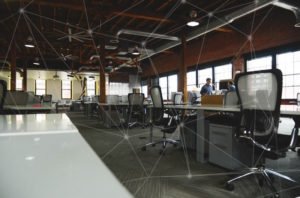 How to Form Meaningful Relationships with Investors