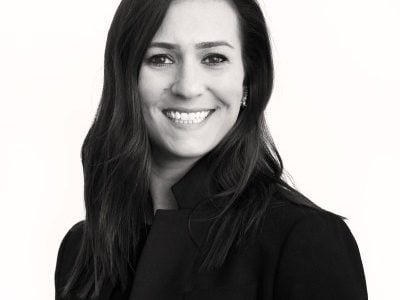 For the first part in our VC interview series, we sat down with Lindsay Knight of Chicago Ventures to explore growth through professional networking.

Here at 4Degrees, we’re setting out to learn how the best VCs in the world go about building their strongest assets: their professional networks. For the first part in a series of interviews, we sat down with Lindsay Knight of Chicago Ventures.

Other participants in this series include Devon Leichtman at Origin Ventures, Keji Mustapha at Connect Ventures, Kelley Mak at Work-Bench, and Laurel Woerner with RRE Ventures.

Chicago Ventures is an early-stage investor focused — unsurprisingly — on investing in Chicago and the central US. CV was one of the first institutions focused on seed-stage investing in Chicago and brought Lindsay on early (five and a half years ago) because they understood how critical it was going to be to support their portfolio companies from the earliest stages of venture.

Lindsay’s story is fascinating: she was originally hired as a marketing associate, with a primary focus on Chicago Ventures’ external-facing communications and a secondary directive to support the firm’s portfolio companies as she could. However, when she hit the ground and began talking with the companies, it quickly became evident that there was a larger opportunity to generate value across the portfolio.

That’s how Lindsay became the first Director of Platform in Chicago (and one of the first anywhere outside of Silicon Valley). Combining the wherewithal of a team of former operators with the feedback they were hearing from their founders, Chicago Ventures reshaped Lindsay’s role to focus on bringing the power of the firm’s network to bear in helping its portfolio companies.

While VCs rely on network for many aspects of their success, Chicago Ventures has chosen to focus on using it to support the portfolio. The idea is to serve as partners alongside the startup leadership, solving problems collaboratively, and directing resources that each startup might not have on its own. That support tends to shake out in three ways: talent introductions, ad hoc requests, and peer groups.

To foster the introduction of top talent to their portfolio companies, Lindsay and the team lean heavily on referrals from within the network. They do some preliminary vetting and provide strategic guidance on both the candidate and company side before helping to connect their companies with high-caliber talent. For distinctive talent, Lindsay will take a more hands-on approach, making direct introductions to specific companies that would benefit most from the connection.

The firm’s support of ad hoc requests tends to be more reactive: a portfolio company comes across a challenge they haven’t faced before and reached out to Chicago Ventures looking for advice and help. In many cases, the firm has seen a similar request before and already has resources assembled to bring to bear: a service provider, an expert in the space, or perhaps another portco that has navigated the same problem before. If not, dozens of experienced startup operators and experts are just an email away, all of whom are excited to give back to the network that has helped them out in the past.

One of the more unique ways that CV’s network is deployed in support of its portfolio companies is by building communities for people leading specific disciplines across the portfolio. A senior role within a startup is often lonely; these executives are the only person in their company doing their job (often they’re the only person doing three jobs). Lindsay will often connect these leaders with people in similar roles elsewhere in the portfolio. Even if there isn’t a specific request for help, just the connectivity and ability to talk to someone who’s experienced some of the same things can be a massive benefit. Across the entire portfolio, thousands of employees have access to these resources along with others like management training, specific workshops on best practices, and peer-learning groups.

As with any venture firm, Chicago Ventures comes with two strong built-in networks: the existing connections of the investors when they join the firm and the portfolio itself. These relationships form a strong foundation for the firm’s requests and could be similarly leveraged by most other firms.

CV differentiates its network building by combining it with the purpose of the network: helping companies. Whenever a request for assistance comes in, Lindsay treats the request as an opportunity to expand the network. Whether a connection is made with an existing professional in the community or comes from an outside referral, the request is an organic opportunity to strengthen the relationships with each of the people involved.

In order to make the most of these opportunities, Lindsay makes a special effort to close the loop on all of the introductions she makes; as we’ve seen at 4Degrees, this is often one of the most neglected aspects of leveraging your network. By reaching out a week or two after the connection has been made, Lindsay can see if there’s anything more she can do to help, reconnect naturally with the interested parties, and cement the association of Chicago Ventures with any value generated.

Similar to most other VC firms, one of the biggest challenges Lindsay sees with their networking efforts is that they’re fundamentally difficult to scale. Often, she can generate the most value in a given situation by dedicating her personal time and attention to it. Unfortunately, as a portfolio expands from a handful of companies to dozens or hundreds, she and similar platform-minded VCs don’t have the capacity to help out in the ways that they would like.

Chicago Ventures has a couple of tactics for scaling the power of their network and is experimenting with more. One of Lindsay’s favorite moments in her efforts is when she can connect two portfolio companies to form a mutually beneficial relationship. They can share their lived experiences and provide each other with help without Lindsay herself having to act as the gatekeeper for knowledge and connections.

One of the other unique assets of the firm is a portfolio “portal”: a set of Google documents and spreadsheets with resources to help. A sprawling spreadsheet with top talent looking for roles is one such document. They have built out similar resources for service providers and most of the other common types of connections that startups need to be successful.

When it comes to providing as much help as possible to as many companies as possible, there’s no silver bullet; in some ways, venture is fundamentally an unscalable business. Still, Lindsay is optimistic that with time and effort the Chicago Ventures network will continue to expand and generate value for many more startups.

For more ideas on this topic, explore How Networking Helps VCs Source Deals. 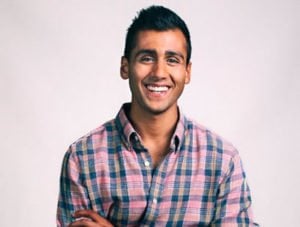 Q&A with Shan Aggarwal of Coinbase 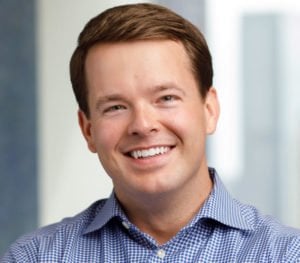